The Chavakkad Province, which was under the control of the Punnathur Swarupam, was captured by the Dutch in 1717 and the Mysore force in 1776. In 1789, on the 26th of September, Chavakkad came to be under the British Malabar used to be a district in the Madras Province. It had then for its Province self rule certain Unions The history of the local self-government of chavakkad commences with the formation of the chavakkad union in 1918 under the Malabar District Board. In 1927, a new administrative machinery formed the Panchayat Board was introduced. In those day only the big landlords, who paid regular taxes had the right to candidature in the elections and the right to vote as well. The elections were not conducted on the basis of secret ballots then. Such a system was started only in 1953, six years after the attainment of independence, during the Panchayat elections. Prior to the Panchayat elections of 1963, the first ever such election after formation of the Kerala State in 1956, the Chavakkad Panchayat had to be re-partitioned in the course of which the Guruvayoor Province was separated from the Chavakkad Panchayat and certain other provinces like the southern Palayoor, Punna, Thiruvathra, Blangad and Manathala included. On October 1 st 1978, Chavakkad Panchayat was upgraded to the status of a Municipality.

Palayur was on of the major settlements of Jews during the Ist century AD Judekunnu of that time is now known as Judan bazaar. Chavakkad had established itself as a main center of trade and commerce during the Ist century A D. Kodungallur was a major port in ancient Kerala. Chavakkad became a main center of trade and commerce since it could establish navigational channels through Chettuva and Enamavu. The Canoli canal-built by the then Malabar collector Mr. Canoli – which connected the main trade centers like Kozhikkode, Ponnani. Chavakkad, Kodungallur and Kochi heightened the importance of Chavakkad as a trade center. Vanjikadavu at Chavakkad where goods were transacted had many godowns built by the businessman who had settled there. The weekly markets and cattle markets of Chavakkad were very famous. It was though Cannoli Canal that the postal service from Kochi to Kozhikode was done. For which there were postal boat services. Canoli Canal has played a major role in the development and establishment of chavakkad as a trade center. That’s how Canoli Canal and Nadappalam became the official emblems of the municipality of Chavakkad.
Manathala Masjid
The legend about the origin of the name ‘Chavakkad’ goes like this: Consequent on the arrival of Saint Thomas to this place and the later happenings, a lot of people who were enraged quitted the place, cursing it. Thus the place was named ‘Sapakkad’, which means ‘the cursed forest’. Later this place came to be called ‘Chavakkad’. Some others believe that the name ‘Chavakkad ‘ came from cheval trees (the wild jungle, artocarpus hirsuta), which were in plenty there.
There are many centers of worship at Chavakkad. The Palayur Church, which was founded by Saint Thomas, is one of the first seven churches in Kerala. Pilgrims including foreigners and students of history frequent this shrine and other antiques. Sri. Hydrous Kutty Moopar who attained martyrdom fighting for truth and justice was laid to eternal rest on the courtyard of the Manathala Masjid. The neighbouring places like Muthuvatur, Blangad, Ovungal, Kannikuthy and Palayur are also famous for their Masjids. It was Sri. Sree Narayana Guru who decided and measured off the place for Manathala Sri. Viswanatha Temple. The Siva temple of Thiruvathra, The Nagayakshi temple of Manatthala and temples at Kozhikulangara and Chettiyalakkal are very ancient places of worship. Chavakkad, with its large number of worshiping places of all religions, tells its own tale of communal and religion harmony. These ancient centers of worship and the scenic beauty of Blangad beach together offer the place every possibility of becoming a pilgrim-cum-tourist center.
Chavakkad old bridge

It was in Chavakkad prison that Veliyamkode Ummerkhasi – who protested against the tax system even before Mahatma Gandhi made it a part of his civil Disobedience Movement was imprisoned. When Ummerkhasi was brought before the then Chavakkad sub. Collector Nibu Sahib and was asked why he was not paying tax, he answered that he would never pay tax for God’s own land. Immediately he was arrested and put in jail. It is said that he escaped from the prison as he had some divine power. Chavakkad subjail is more than a hundred years old

The place where the court of justice used to be summoned in Chettuva road is now known as Kachrithara. This court was later shifted to another place, where the present Taluk offcie functions. Sri. Valiyakath Kaithakkal Kunjubava Haji of Chavakkad had worked as bench magistrate in this court. The foundation stone of a small fresh water tank lain by Sri. Kunjubhava Haji in memory of the British emperor George V, is seen even today on the wall of the Taluk office. On a monument on the wall of the Taluk office of Chavakkad, there is an inscription that 45 men of Chavakkad had participated in WW I and five of them scarified their lives.

The National Movement led by Mahatma Gandhi had greatly influenced Chavakkad. Inspired by this movement, many took part in the freedom struggle. They were excited by Gandhiji’s visit to Guruvayoor, a part of Chavakkad, the old still reflect with great pleasure, upon the precious moments in history, that stood witness to the exciting speeches made by National leaders in the grounds of Chavakkad Arakkal and Manathala. A lot of them had taken active participation in satyagrahas and Quit India movements. Late Sri M. V. Abubakar Sahib had been arrested and had served several terms of imprisonment. Great personalities like Sri. Nayarussery Damodaran, who served as a soldier in the I.N.A., led by Netaji Subhash Chandra Bose, Sri. Thiruvallathra Damodaran who started Handloom Industry in Chavakkad as a part of the National movement, are living examples residing here even today. Indian National congress, Indian Union Muslim League, Communist party and the like have a great role to play in the history of Chavakkad. During the late 1940’s, when Communist Movement was banned, some leaders like Sri. V. K. Balan, Sri. R.V. Mohammed and Sri. P.V. Hassan got arrested and imprisoned for leading a procession.

The Guruvayoor Sathyagraha led by Sri. A.K.G. and Sri. Kelappaji for securing Temple entry right for the backward classes was actively supported by the people of Chavakkad.

Seafood and Beedi Industries are notable in the fields of industry in this area. The western border of this Municipality is Arabian Sea. Fishermen engaged in fishing and marketing form and integral part of Chavakkad. During British rule there was a factory here for extracting oil from fish. This is an apt place for industries related to fishing and fish marketing. There are many families here who survive on Beedi Industry as well.

T hough the chief crop in this area is coconut, no industry related to it has got rooted yet. Once Coir industry flourished here, and there was even a Coir Society in Palayur. But now, it is quite inactive. Toddy tapping was one of the occupations here. They even had a Society, which is inactive now. But copra processing and oil industry still prevail here. Numerous Industries related to coconut cultivation like coir industry, oil manufacturing, Furniture making, Handi-crafts, cattle feed, cool drinks made from coconut water and the like have immense scope here. Chavakkad was famous for its firework industry.

There was a distillery here during the British rule for manufacturing brandy from cashew. Even though the distillery has stopped functioning now, a canal even today is known by the name distillery canal.

The pathway constructed by Tippu Sultan during his invasion is the NH-17 Tippu Sultan road today. This road that stretches from Ponnani to Kodungallur via Chavakkad had contributed much to the development of these areas. The town of Chvakkad is connected to the Tippu Sultan road by two bridges across Canoli Canal.

The Bazal Missionaries who reached Kerala in the 19th century have contributed much to our progress in the field of education.

They established schools in different part of our state, including Chavakkad where they started two schools namely M.R.R.M High School and Kannakkott School. These Schools might have been established in 1890 when a branch of the mission functioned in Chavakkad.

Martial arts were taught in older times under the “Punnathur Swarupam in Chavakkad, Palayur, Mammiyur and Muthuvatoor, the ‘Kalaris’. Though those ‘Kalaris’ do not exist today, the rich tradition is still maintained in Chavakkad by Sri Narayana Guru Memorial Vallabhatta Kalari Sangh” started and trained by Sri. Mudavangat Sankunni Panikker in 1956. This Kalari Sangh has gained fare not only in Kerala but also abroad. Foreigners reach this Kalari even today seeking training.

Taluk Head Quarters Hospital, Chavakkad was started as a local fund dispensary in this municipality in the year 1924, under Malabar District Board.

The early trade unions here were the Chavakkad Farka Beedi Workers Union and Muslim Labour Union, established in the year 1943. Later these unions were the source of inspiration for the labour movements in this area. Today almost all the known trade unions are functioning here.

Chavakkad has much to say in the reader of art, sports and cultural activities. The Jai Hind Library and Reading room in Manathala. Which has a Government grand is the oldest of the sort in Chavakkad. The Sports Club established some 25 yrs age, conducts international tournament every year to date.

Many from Chavakkad working in gulf countries, have raised the standard of living of the people of this area. The foreign money brought in by them for the last three decades, is unfortunately not properly utilized for the betterment of our country at large. It is high time that some measures are taken to make up the loss. The Chavakkad union panchayath,which has established in 1918 became a municipality in 1978. Mr. P.Rajagopalapanicker was the special officer until tha first municipal council come in to being in 1-1-1980.

Save water, it will save you later! 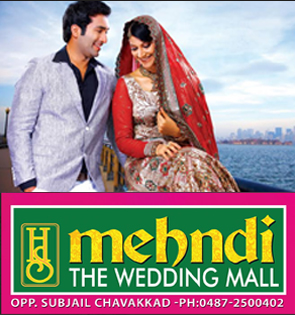 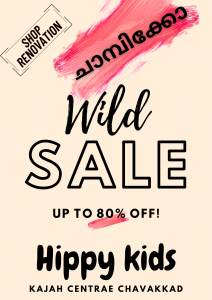